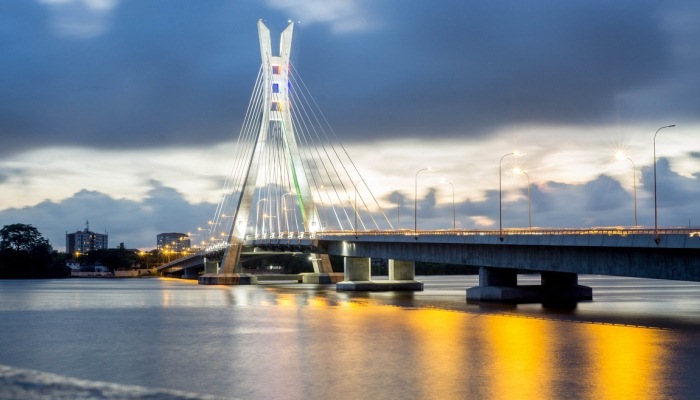 The state of Lagos, an ancient Yoruba town dating back to the 15th century, is considered the most populous state in Nigeria and is home to a variety of historical attractions and stunning beaches.

Historically, Lagos was one of the centers of the slave trade in the 15th century. The history of the slave trade in Lagos begins in the historical town of Badagry, an ancient slave port on the outskirts of Lagos founded in the 14th century. Known as the “Point of No Return”, Badagry served as the trading hub between West Africa and America exporting over half a million slaves to America around the late 18th century.

West African slaves from Benin, Togo and Nigeria were transported not only to the US but also Europe, South America and the Caribbean. The Vlekte Slave Market and the Slave Port were both established in Badagry facilitate slave trading. Slaves were auctioned at the now restored Old Customs House. As the place where the slave market was held, The Old Customs House remains a solemn place of immense historical significance.

A beautifully preserved example of colonial-era architectural design, The Old Customs House consists of an arcaded square surrounded by four Romanesque arches underneath which slaves were paraded for the general public as well as merchants. A statue of Portuguese prince and explorer, Henry, the Navigator, holds pride of place in the centre of the arcade.

Other places of historical significance in Badagry, the second largest town in the state of Lagos and a World Heritage site, include the Palace of Oba Akran, a mini ethnographic museum of slave trade relics such as chains, cannons of war. There are some other buildings of historical significance in this town including a missionaries cemetery, the District Officer’s Office and Residence and the subject of much debate – the First Storey Building in Nigeria, constructed by Anglican missionaries in 1845 and preserved on its original site as well as relics of other colonial quarters including Brazil. Lagos’ town hall is another historical attraction and a beautiful monument.

Nigerian architecture reflects the influence and design of its numerous invaders throughout history. The church Igreja de Santo, another beautiful historical attraction in Lagos, is no exception. Situated along the waterfront, it was built by various artisans and finally completed in the 18th century. Its altar boasts baroque gilt carvings in gold. Although it was damaged by a massive earthquake in 1755, it has been rebuilt and restored. In the Praca Gil Eanes, a large square near The Old Customs House, resides a famous 1973 statue of King Sebastiao I of Portugal who had hoped to conquer North Africa.

The Museu Municipal in Lagos houses some magnificent displays of ancient treasures including religious statues, Nigerian art, and carvings along with archaeological and ethnographic exhibits. Approximately 30 museums (in 2001) scattered around Nigeria, some of them aimed specifically at controlling the looting of national treasures, house historical items of special interest such as bronze and terra cotta heads as well as ancestral carvings. There are others such as a centre of research into the prehistoric culture of Nigeria; museums of stone antiquities; and those of archaeological and ethnographic relics.

Finally, Meia Praia, and Praia do Pinhao are two of the most famous beaches in Lagos and must be explored for stunning rock formations on the shore and out at sea.