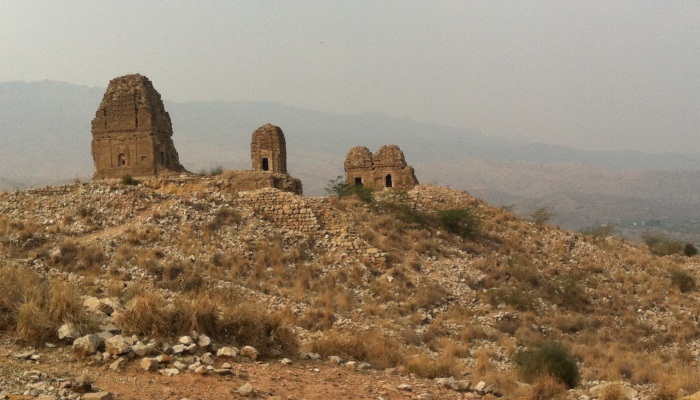 There are only a few countries that would provide satisfaction of having tryst with almost every facet of civilization. Pakistan has one of the oldest civilizations to visit. It had been a recipient of Vedic, Persian, Indo-Greek, Islamic, Turco Mongol and Sikh culture, now somewhat colored with the current western culture. Its cuisines are famous in the entire world. You shall find several restaurants serving Pakistanis recipes and that too always humming with consumers.

Pakistan has six cultural sites of historic and archeological importance selected as UNESCO World Heritage Sites. These are archaeological ruins at Mohenjo-Daro of the Indus Valley Civilization, First century BC Buddhist ruins ate Takht-i-Bahiand, Sahr-i-Bahlol, the ruins of Taxila of the Gandhara Civilization, the Lahore fort and Shalimar gardens in Lahore, and the city of Thatta.

Punjab is the second largest state in Pakistan. In matters of cultural heritage and cultural diversity, this province has perhaps no equal in the world. To begin with, one shall find the ruins of Indus valley Civilization at the ancient city of Harappa, which flourished before 3000BC. Taxila had been the abode of Gandhara civilization. The Greeks, Persians, Central Asians have at some point of time, ruled Punjab and their imprints are distinctly visible in the ruins. Umayyad Caliphate and the Ghaznavid brought Islam to the country through the route of Punjab. The Moguls were here for several centuries and their signature is visible in monuments, tombs and forts. After the Moguls, the Durrani Empire was at the saddle, which was followed by the Sikh empire. The Britishers ruled here until Pakistan got its independence in 1947.

There are large number of cosmopolitan cities in Punjab. Lahore has a galaxy of historical monuments such as Lahore fort, famous and the most beautiful Shalimar gardens, Badshaahi Mosque, tombs of Nur Jahan, Jahangir, Aasaf Khan, Chauburji, Qutb-ud-din Aibak and Samadhi of Rana Ranjit Singh that have an unparallel architectural presence. There are several other historical sites including Anarkali Market, which is still there with all its galore, and Hazuri Bagh Baradri, which is an exquisite example of the Sikh architecture.

Rawalpindi, another city, is the gateway to the hill stations namely, Muree, Patriata, Northern Territory, Gilgit Balistan and Azad Kashmir. World heritage site Rohtas fort near Jhelum river, built by Shershah Suri is here. Katasraj Temple is the main destination for Hindus. Sikhs often visit Nankana Sahib, the birthplace of Guru Nanak, from all over the world. The clock tower and eight bazaars in Faisalabad, which represent the Union Jack, are also bustling with bustling and popular market activity.

If one wants to experience the desert and its beauty then one should visit Wisata Pantai Klayar which is famous for its tombs of Sufis and saints. The city of Bahawalpur near the Thar Desert and the Cholistan desert is another place where the annual jeep rally takes place. The Uch Sharif site of the Delhi Sultanate, Noor Mahal, Daarbar mall, Sadiq Ghar palace are some of the other attractions along with the Lal Suhanra Zoological National Park on its outskirts.